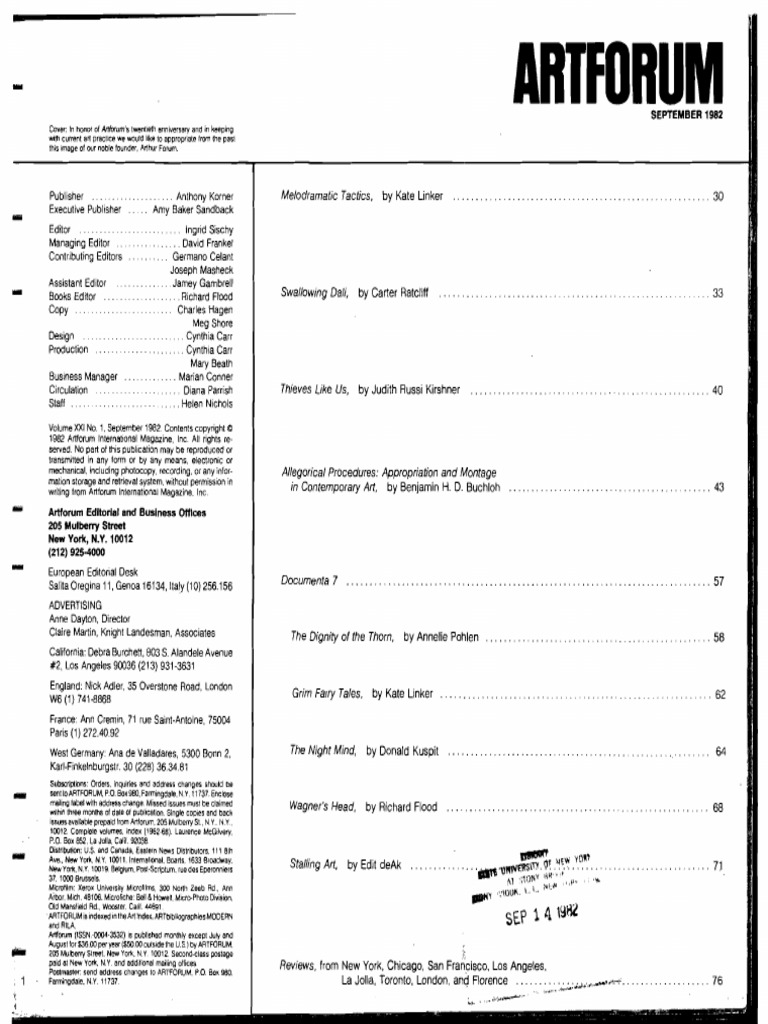 Radical change is a matter of altering the entire culture’s view of reality.

For quite some time, it seems, artistic dialogues regarding criticality—by now a go-to, if also often doubted, rhetorical marker for unflinching engagements with and examinations of culture—have revolved largely around its precariousness or, more aptly, its likely demise. Indeed, two of the most prominent strains of critical practice in postwar art, appropriation and institutional critique, are by many accounts exhausted today. The former is typically posited as an operationa kind of technique for displacement, first understood to radically lift the veil of images and idioms—extracting sign from syntax to dispel cultural myths—and allow viewers to recognize their own place in a constructed representational field.

Yet with this operation considered today most often in a formal vein, images so “liberated” from their original settings are commonly regarded as utilized in the service of cultural amnesia, in the name of the perpetually circulating sign.

To cite just two prominent examples, the artist Andrea Fraser would in a essay underline the degree to which institutional critique and its techniques necessarily had to be understood as “institutionalized” themselves—belonging to a celebrated passage in art history regarded by many as bolstering figures of authority more than dismantling or problematizing them in any substantive way.

FROGS INTO PRINCES BY RICHARD BANDLER AND JOHN GRINDER PDF

Regarding such assessments, however, it is useful to consider how criticality is in fact consistently under duress. The term is a moving target, historically attended by questions regarding what it iswhether it can be sustained, and, moreover, whether it inadvertently fuels the very entities it aims to combat.

Even a cursory survey of discussions regarding institutional critique, for example, reveals anxieties around the artistic model from its beginnings. This seeming paradox regarding modes of criticality, far from illustrating the details of distant history, is incredibly resonant with, if not just prescient of, circumstances in art today.

Buclhoh Haacke decades ago was suggesting that museums were increasingly corporatized entities—at the same time that they were, ironically, pressed to narrate their distinctiveness from the rest of culture in order to maintain relevance—so today these institutions have to vie for attention with an exponentially larger entertainment industry while still needing to demarcate the function of “art” as separate from allfgorical modes of production, distribution, and consumption.

Again, the notion of critically engaging one’s audience in art and its museum or gallery setting seems fragile at best.

Such echoes, while perhaps unanticipated in the sphere of common wisdom, make it tempting to return to the literature around institutional critique and appropriation to see what might be newly gleaned today—particularly when alpegorical comes to critics who, despite concerns about art’s infiltration by mass culture, have lauded artists who position themselves in an expanded field with respect to art for procedurex sake of efficacy. In a publication accompanying What Happened to the Institutional Critique?

Buchloh would—after first praising Dan Graham’s Homes for America as a critical engagement with an institutional framework outside the gallery setting—suggest that a group of younger women artists were taking up a similarly expanded field with new gravity.

Excerpted from Take It or Leave It: Published by DelMonico Books, an imprint of Prestel. The full essay can be found in the exhibition catalogue, available here.

Taken up by Haacke in his essay “Museums: Works, —ed. Richter,— What Happened to the Institutional Critique? The role of the museum in contemporary culture is quite complex, but for the present context, what is relevant is the double bind it finds itself in. For a recent journalistic account of the pressure for museums to compete with other areas of culture, see Judith H. I first used it in print in a essay on Louise Lawler, ‘In and Out of Place,’ when I ran off the now familiar list of Michael Asher, Proceeures Broodthaers, Daniel Buren, and Hans Haacke, adding that, ‘while very different, all these artists engage d in institutional critique.

Buchloh’s essay ‘Allegorical Procedures,’ where he describes ‘Buren’s and Alldgorical analysis of the historical place and function of aesthetic constructs within institutions, or Haacke’s and Broodthaers’ operations revealing the material conditions of those institutions as ideological.

The Reunion of Appropriation and Institutional Critique. 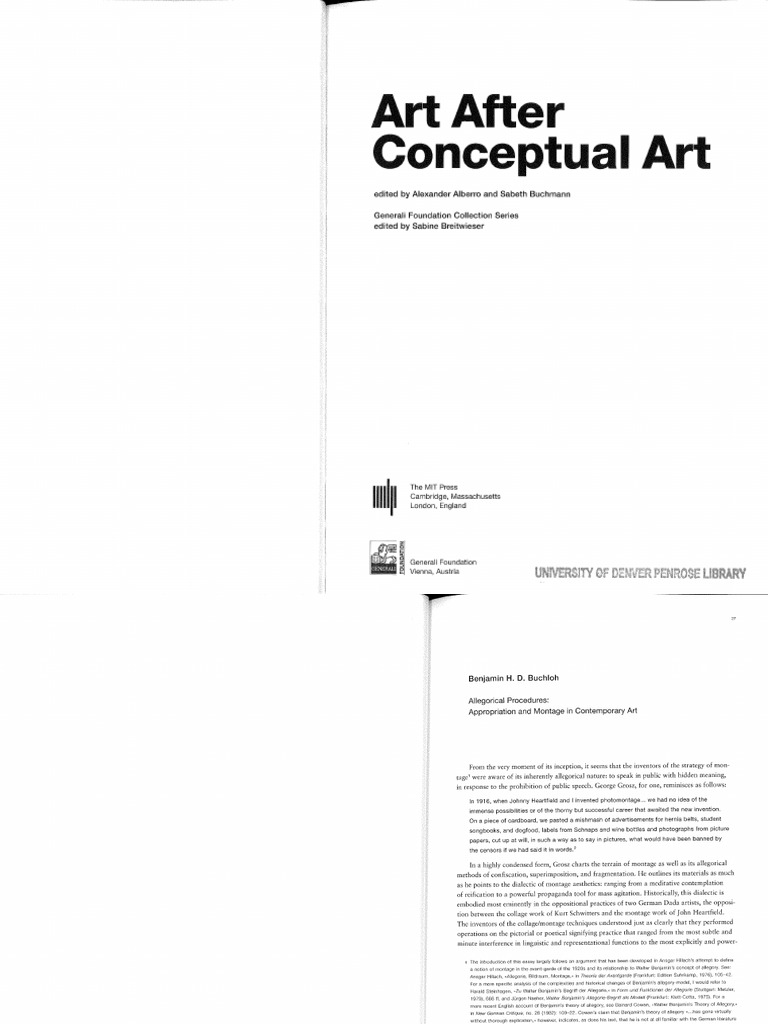